The Mansion in the Swamp: Part 1 - The Invitation 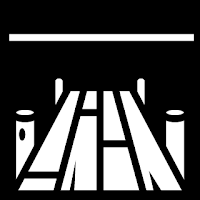 Since the end of the Great War...

The land known as the Border Lands was created to serve as a buffer region between the two greater kingdoms of the world. Neither kingdom had come around to recognize the other's right to exist. The North, the kingdom of Men, viewed the Elves as haughty and presumptive with their dreams of the past, when the Elven citadels stretched from the homeland to the north. The Elves, specifically the High Elves of the south, had viewed the North as rebellious subjects, unwilling to return to the fold and allow the Elven kin of the north their rightful place in power. Neither side liked each other, both sides could no longer afford to levy men, beg the islands for money, or seek sorcerers to aid their wars. There had to be a treaty, moreso, there had to be a deterrent to temper those powerful nobles within each respective realm to demand satisfaction on the battlefield. If a fight was to be had, it would be on the high seas between privateers bearing letters of trade from respective Kingdoms, or from colonization efforts in the greater world. War in the old realm was put on hold, the deterrent was a third realm populated on what the two sides did not need: the other races that lived in the world. The breeds of Orcs and Goblins who had been pushed from the north into this region. They had fought, sometimes the hardest, and found themselves rewarded with exile. There were Dwarves lured by offers of trade and tales of riches, leftover goods from abandoned forts. There were criminals on both sides, Human and Elf, who were offered the choice between the noose or a trip to the Border to be dumped and live along the rest. There were Minotaur that were native to the region, who had fought on both sides and felt richly betrayed by having so many castoffs dumped in their plains and hills. Same with the Gnolls, though the beastmen with their sharp teeth and yellow eyes had fought all sides and never felt betrayed, just annoyed that so many dangerous dinners had been left in their realm. Those that remained in the Borderlands were expected to make a living here.

A great deal of them settled on the coast.

The green and silver flag of the Exiles Mercenary Company hung limp in the rain when a party of adventurers answered the summons of Captain Kayean Moonsong. The standard hung from a private residence in one of the nicer wards of a town otherwise known for smuggling and marsh sludge pumping into the Dire Sea. Nice, considering was the operative description. The house was made of stone instead of wood and the color remained oyster grey without a hint of vine or moss growth on the facade. A set of footmen guarded the front door with spears in hand. They never spoke in greeting to the guests who had been summoned. Nothing appeared to phase them, neither greeting or the fat droplets of a tropical wave. Thunder rolled in the distance, yet the pikemen who stood before the door acted like statues that came with the house.

The only person to speak was Standish, a Human servant to the Captain. 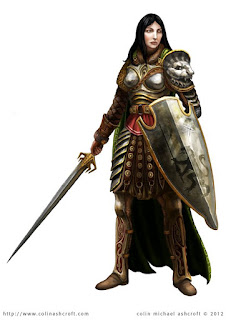 Valkira Frosta admired a set of Elvish chain mail that had been placed on display behind a case of crystal glass and attached to an anatomical stand that reminded the fighter that Captain Moonsong was a female, if the name had not already given that away. A neutral frown was etched on the Human's fair face, a natural expression that complimented a hard set of blue eyes. She was striking, but not quite a beauty that would haunt the dreams of others. The eyes were too weary, having seen many terrible things up to that point. They could sparkle still, but only on rare occasions. She tilted her head as she looked over the display.

"You imagining how many of your friends this Captain has killed?" Annalise Shoemaker asked from behind. She smirked while rolling a lit cigarette between two gloved fingers, "I happen to know our benefactor here has a record. Fighting from here to the Spring Valley. She might have been one of the first to cross into the North if the offensive had kept up the momentum." Anna stubbed what was left of her cigarette in a brass tray, "The same could have been said for the North when they turned it around, I guess. We didn't quite make the same distance through the Marsh like the Elves did."

"That's in the past," Valkira said, "I am admiring how beautiful mithril can be when its cleaned up. All of our armor is practical and grey, but theirs? Even the armor for a lowly Captain can be a work of art." Valkira noted the presence of Annalise Shoemaker. The fellow Human had a tanned complexion with dark that was pulled into a short tail with a red bow near the tip. The woman in the blue overcoat had doffed her long brim cap to show the rest of her brown hair. She was athletic in build, though not as overtly muscular as Valkira due to the lack of necessity, the arms were toned from lugging a musket, but her armor was lighter compared to the plate that Valkira wore.

"Mithril's why a lot of Dwarves are down here," Annalise noted, "They can make a lot of gold salvaging what they can find."

"I can place your name, and your face is familiar, but I can't say we've ever been formerly introduced," Valkira said.

Annalise offered her hand which Valkira shook. The names were exchanged and Annalise continued, "Unlike a lot of folks, I was born in this place when it was a little backwater pier for smugglers to resupply before heading north into the Kingdom or into Port Kyna. I've seen Elves march through the Marsh, I've seen Men march through the Marsh. Only people who ever seemed comfortable with Goblins, Grippli, Halflings, and Saurians."

"Why did you stay?" Valkira asked with interest.

"I met my husband here," Annalise noted, "He's an alchemist and probably one of the few druggists in the town. It was either do what I do best, hunt and track, or try to learn how to mix a tincture of this or a pinch of that in a pestle." Annalise lacked a musket to gesture with, "I'll stick with adventuring to make my money."

"I figured there was money in in making potions to live off of," Valkira noted.

"There is, but not quite enough if you want to take a holiday," Annalise replied, "My lovely and I could use one, and we could use one right quick." She held out her hands to indicate the room, "That's why I'm here. You?"


Valkira answered, as she spoke, she waved a hand towards the round, stained wood table. Both players sported tips to the tops of their ears, suggesting an Elven lineage. Valkira's gesture focused on a the woman with fiery orange hair over the darker browns of the opponent.

"Nora and I are members of the Trade of Sellswords. We had taken up the offer when it was passed down Keeper here. It seems like few adventurers have made it down this far, despite the presence of so many forts."

"The Exiles have a pretty heavy presence in this region. For the most part, independent adventurers either work alongside the Elves, or they don't work at all," Annalise said, "How about you?" Her voice was direct at the dark haired, "The Exiles put you on this job?"

Nora looked up from her cards at the voice raised. She knew the conversation was not directed at her, but had appeared crossed with an added retort: "We are playing over here." She ignored the glance the glance she received from a Senior guild member.

"We're just being friendly, it's not like you two are playing the farm, right?" Annalise said, "So what's your story, friend?"

The woman Annalise spoke to was a full-blooded Elf with silvery eyes that sparkled with their own inner light regardless of the exterior brightness of the room. Under a beam of moon or sunlight, they could glisten brightly to give a sense of hope or fear depending on how they were positioned. The woman wore a simple spun dress that worked with her figure, but was natural and not cut to be overtly visible of her feminine virtues. She looked at Annalise casually and said, "I'm afraid I don't have much to offer as to the Captain or my motives for being here. I was originally a member of a coven that operated nearby. Neutral healers," She sipped from tea that had been provided by a silver refreshment cart of their host.

Nora asked, "So you are also a native to this area?"

<Do Annalise and Raina have any knowledge of each other? 35% Yes with a result of: 09%>

Raina nodded, "I am. That's why I know a little of Miss Shoemaker and her husband, Alden. I also know they have separate last names."

"I seem to recall your little circle," Annalise admitted after Raina introduced herself, "And, yeah, I decided not to be called 'Annalise Tharpe.'" She looked over the assembled group and let out a short whistle, "Pretty wild thing to see a group of lasses answer the ca-" She stopped when she saw the last guest doze under a window sill with a cigarette dangling from his mouth. A small figure green ears that were large and generally round until both sides met at a point that seemed to trail behind the rest of the body. He had no hair beyond a short black fuzz at the top of his head. A set of red eyes looked up at the ceiling.

"And who are you?" Annalise asked, "I don't recall seeing you when I came in."

"Maybe you should get your eyes checked," The Goblin said as he turned his green head towards the woman. His teeth had a slight tan tinge in color, each point was sharp, "If you didn't know, I'm Grolyls, and if you are going into the Marsh, then you need someone like me to tag along." He turned back up to the ceiling with a little smirk, "I'm the guy that's gonna take you lot in and try to bring you back out."

"Why do you think we are going into the Marsh?" Valkira asked as she approached from behind.

"Just a feeling is all I can say," Grolyls said...