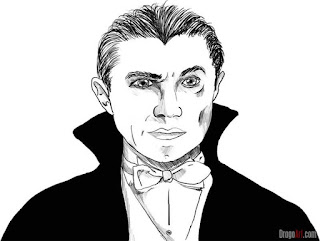 Traits: Vampire (Human): Medium size. 40 ft. MV. Darkvision. A Vampire can regenerate an amount of HP equal to the damage of their bite attack.

Hypnotic Gaze (Will Resist: 18): Target Humanoid must Save or become Charmed by the gaze of the vampire. This power works for the scene. On a Natural 1, the target is enthralled and may only be released from the charm either at the death of the Vampire or by the Vampire's leave. On a Natural 20, the target becomes immune to the charm and is filled with righteous indignation.

Form (Mist) - Become a dense green or grey fog that is amorphous. Cannot harm targets while in this state, but is able to form a pair of menacing eyes in the fog.

-The main man. The Lord of Castle Dracula in Transylvania, sometimes known as Castlevania due to the prominent size and fearsome reputation that covers the land. Dracula and his haunted woods seem to endlessly stretch from Universal Earth into the beyond.

- Adventurer's have to get in line with the number of enemies the sinister and alluring Count has accrued overtime. His enemies include: Abraham van Hellsing (Doctor, Occultist), Simon Belmont (Fighter, Vampire Hunter), Alucard (Son from a previous marriage, Dhampir), Marya Zaleska (Daughter from a previous marriage, Dhampir). If a party plans to confront Dracula, they may find allies, rivals, or obstacles by the previously mentioned or by the many monsters, demons, and rival vampires that have had conflict with the Count.

- When reduced to 0 HP, Dracula turns into a mist that allows him to slip away and regenerate in one of his many coffins.