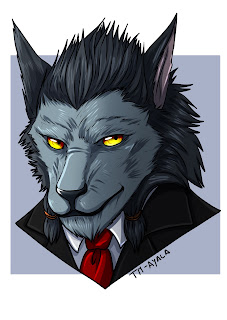 Traits (Worgen): Medium size. Normal speed. Low Light Vision. Darkflight (1/scene): Once per scene, a Worgen can increase their speed by one step (Fast). Two Forms: In relaxed conditions, a Worgen can maintain their Human facade. Any form of stress, fear, or combat will make the Worgen revert back into their bestial state.

Skills (Mage): +2 to fields such as Lore, Alchemy, and other Knowledge fields as ascribed by the GM.

Cantrips - Cost: 1 / R: Self or Close / D: Varies - This represents minor spells that the Mage knows. This includes abilities such as Detect Magic, Read Magic, Mage Hand, or Prestidigitation.

Frost Bolt - Cost 3 / R: Far / D: Instant - Conjures a bolt of Frost that is launched as a spell attack that deals 1d8 damage (Cold). Target must Save or become slowed for 1 round.

Ice Shield - Cost: 3 / R: Self / D: Scene - Creates a field of force energy laced with cold that grants +4 AC to the Mage. Targets making a Melee Attack must make a Save or become Chilled, slowing their movement and dealing 1d4 (Cold) damage to them.

Frozen Orb - Cost: 7 / R: Far / D: Instant - Launches a large orb that radiates frost energy that travels up to a Far range before dissipating. All targets within the path takes 4d8 damage and may make a Saving Throw for 1/2 damage. The orb ends early if it hits a solid obstacle, such as a wall.

Ebonbolt - Cost: 7 / R: Far / D: Instant - Creates a bolt of shadow frost that is launched as part of a spell attack. The bolt deals 4d8 damage to a target. Target must Save or become slowed for 1d4 rounds. 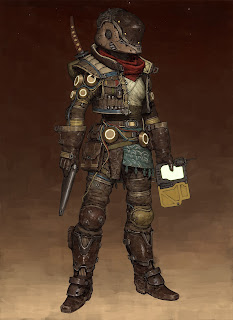 Keys
Key of the Empire: Ariel is an Imperial. She hits her key when she serves the Empire's interests, make contact with other Imperials, reveal a medal or sign of your true loyalties within enemy territory.

Key of the Mysterious Past: Ariel has a mysterious past that Ariel only hints at. Hit this key when some portion of the character's past influences the scene, or they use a skill they previously did not realize they had.

Key of Honor: Ariel abides by a strict code of honor. Hit the key whenever a decision is made and is influenced by one's personal honor.

Secrets
Secret of Taking a Beating: Once per session, the character may mark 'Angry' in place of Injured or Dead due to physical trauma they had received.

Secret of Reflexes: Once per scene, a character may re-roll a test that involves grace, dexterity, or quick reflexes and take the better of the two results. 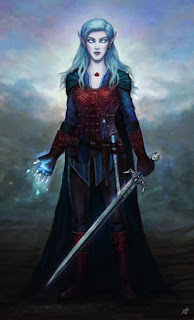 Undead: Immune to Poison, Disease, and Charm effects. Sensitive to Radiant energy and can be turned. Susceptible to Necromancer spells.

Animate (Minor) (R: Near / D: Scene): Animates a number of minor undead such as skeletons or lesser ghouls. These creatures serve the Rune Knight for the scene.

Frostbolt (R: Far / D: Instant): Conjures and throws a bolt of pure frost that deals 2d6 damage or 3d6 damage if target has a Frost Weakness. Target is slowed for 1 round.