ME: I Roll Up a Character for Mutant Epoch

The Mutant Epoch is a roll-under % game that I have had for quite awhile. I really found the system appealing and appreciated the setting fluff was fairly neutral. For instance, a GM could plug in fluff from a setting like Gamma World and get it fairly close with this game. I found the character creation is straight forward, but a little scary looking on the outset. The lead writer, William McAusland, comes off as a very technically minded person with the way character creation is broken down into a step-by-step process. I wanted to use those steps to make a character. It is a character building post, rather than presenting a finished character, I will instead make one.

Step 1 - Character Type: While the rules note that a GM may allow a player to pick their type, the rules recommend random generation. I am meeting my hypothetical character somewhere in the middle. Instead of 1 roll, it will be 3 rolls and I will determine which type I want to play for the character. Unless otherwise noted, character generation uses the % dice. My results are below:

I decide to go with a Cyborg character. I may have misspoke earlier that Mutant Epoch is wholly generic. It has a very vague setting that mixes parts of Gamma World, Blade Runner, and Terminator. It's the future, we grew too fast with our technology, we thought ourselves gods creating life, and then the bombs fell. What makes me think the setting is rather generic is there are no set factions. You could easily plug groups like the Knights of Genetic Purity and it would fit the world. Anyway... I choose Cyborg. 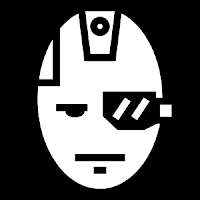 Step 2 - Stat Generation: I had to look ahead to see if there are any special stat generation rules for Cyborgs. Some 'Types' such as Clones and Bioreplicas have certain attribute values set for them and they build off of it. In this case, Cyborgs begin with the standard stat generation as determined by the GM. There are a couple of different types. I am using the system known as 9-rolls. In this set you roll in order your 8 attribute stats, the 9th is a bonus that be switched out if an attribute stat is too low. My stats are generated by % dice and result in the following below:

So far we begin play with a character who is fairly tough, strong, accurate, and intelligence. He (being a male writer, I decided to keep my character a male) is not the most adroit. Maybe it's from all of those implants weighing him down. These numbers are not set in stone, and before we look at Cyborg material, we need to determine his Caste before becoming an adventurer.

Step 3 - Caste Generation: At the start of play, each character has a caste they were previously before becoming a freelance adventurer. This ranges from being an escaped slave to a well-armed mercenary. Like my Character Type, I will use the random roll feature and roll 3 times to see what I get and what I like. The results are below: 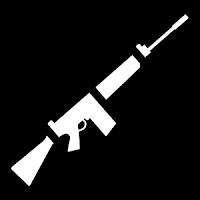 Looking at the Cyborg caste table, I find they askew heavily to the martial castes over technical or slaves. 01 to 05 as noted above is the only Slave available to the starting Cyborg, which is the Gladiator caste. In this case, I decided on the Mercenary. My Cyborg, maybe he escaped the machine legions but also picked up a touch of entrepreneurship, selling his martial prowess to the highest bidder rather than sign his life to a single city-state as an Infantrymen.

Before looking deeper into the caste to see my starting equipment, I go ahead and roll on the skill chrt below the caste chart. Characters can technically try anything at least once, skill points make actions easier or more effective. What skills are available are determined by group. We'll see our skill results below:

So our Cyborg is fairly good in a brawl, he has some training at being stealthy. He must have learned some level of bartering from his days as a mercenary and obviously trained with a weapon. An interesting skills is Mechanical as it sets him on the path to performing feats such as rebuilding and maintaining a car.

We further cement this Cyborg is another warrior in the realm. He also had either read a pilot's handbook, used a sim, or at some point flew a Cesna across the broken earth to escape captivity as a Mercenary. Taking all of this account, we'll see below what our modified stats / skills look like.

Note: Weapon Expert is a large % table, I won't bore with the details as this is running long already. Suffice to say, the 2 % rolls I came up with included a Crossbow and Pistol expertise. This does not mean that a Cyborg cannot pick up an Assault Rifle and use it, it is just that when using either a Crossbow or Pistol, they gain bonuses due to natural training. Also, in addition to their Well Equipped Status, they begin play with a Crossbow and a Pistol. Their two pieces of equipment are below: 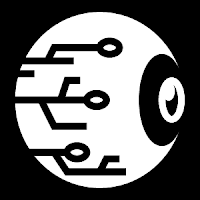 This Step 4 ranges depending on characters. Because I choose a Cyborg, my guy's step 4 is to look at what those cybernetics are. A Cyborg begins with d2 Offensive, d2 Defensive, and d3 Miscellaneous implants.

There is a large % table for each category. The results I get for my Cyborg are noted below:

Note: The Weapon Arm rules note that I can switch out Weapon Expert skill points and add them to my Weapon Arm. I decide to do that, replacing Crossbow with the assault rifle strapped to his arm. I'm pleased that a lot of the implants compliment my skills. We can see where the Cyborg's pilot skill may have been learned by using his hover jets. Unfortunately, his Appearance mod is reduced by 11 points. The final total is below:

Okay, so this feels long, it does go faster with a combination of vocal explanation and example. I also type in a verbose manner. So I apologize, gentle reader, if you fell asleep through this one. We reach the final stage - Equipment. Noting above, a Mercenary has a WE Outfit code. WE stands for Well Equipped.

The Cyborg also begins play rolling on the random starting weapon & armor table with a d10+6. In addition to his machine gun arm, auto-pistol, and relic. He has the following weapons in his kit.

A roll for Starting Armor gives him: Part Plate Set, Standard Shield, and a chance at an Iron Helm that he did not get. Because of his skin weave, he can wear the armor, though the movement penalty stacks with his minor movement penalties due to the flesh implants. He also has a shield, but that would limit his options, seeing as one of his hands is an attached assault rifle.

Finishing Touches
While there are tables for height and weight, we really don't need to go over that. Suffice to say, Cyborgs begin at 160 CM (5.5 ft) with pretty large die rolls. So he is sufficiently tall and plenty thick. The two tables I did roll on was Hand Dominance. This is a d10 roll with 1-7: Right Handed, 8-9: Left Handed, and 10 Ambidextrous. I ended up with a 10 for ambidexterity and my swimming skill came up Fair, however as noted in the Weapon Arm rules, your ability decreases unless you have a detachable arm that you can fit instead of your gun. So although my Cyborg can technically swim, its difficult with the rifle sticking out of his left arm.

And above is the finisher. Tomorrow I will put up the character sheet with everything that's noted down. This seems very complex, but when explained over the table, I believe it will flow smoother than I made it out to bed.

Hover Jets (Speed 25 Meters per round)

Links
The Mutant Epoch - %-based Post-Apocalypse Game as both a PDF and printed book.

Email ThisBlogThis!Share to TwitterShare to FacebookShare to Pinterest
Labels: Character, ME, Post-Apoc, Sci-Fi