World of Mutants - Morris, the Armadillo 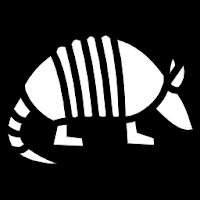 Energy Beam (Mutation; ⅓): Make a Ranged Attack that deals 2d6 + level damage at a target. Requires a 3 round recharge.

Scout: When Explorer scouts ahead, they spot trouble before they are spotted.
Notes
Posted by Brian at 5:22 AM