Solo - Motel in a Storm 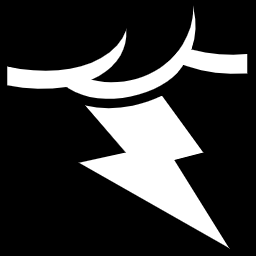 The flashing white tongues of lightning reflected off the chrome grill and details of an old Cadillac hearse with deep tinted windows that initially obscured the driver and passengers. The lightning faded, leaving only the sparse lighting from the motel or the distant street lights. In those brief periods of veiled rain, the hearse was near invisible. The only thing Claire saw was the edge of the chrome grill appearing out of the darkness. She had stared so long at the approaching car that her focus was taken away from the immediate threat until she heard the last shifting noise in the room. She still had the gun in her hand, the barrel of the weapon pointed down. If Parker had the drop on her, then he could have gotten a shot, possibly two before she could bring up the weapon again. She looked back and the saw pistol was in his hand, the barrel pointed down.

“I’m not going to be left as a babe in the woods if there is going to be trouble,” Parker said.

“They could just be visiting,” Claire replied, dropping her pistol into her pocket. She slowly extracted her hand in order to show that she was disarmed for the moment. Parker set the gun down within reach in order to fit his shoulder holster over his shirt. He left his coat lying crumbled on the bed as he slid the semi-auto into the holster within reach of his hand, “A hearse picks this night to visit?” Parker flicked a glance towards the dingy curtains of the window when he heard at least two or more doors slam outside. “Let me take a look.”

“Just stay there,” Claire said as she squeezed herself against the corner, hiding behind a thin strip of wall that bordered the window, her fingers reaching for a lower fold of linen to slowly part the folds of the curtain, “I can tell you what I see.”

The first Claire spotted was a thick figured man wearing a red pullover with a white horse in the center. The horse was raised, with its fore hooves kicking out into the air, like it was warding off a predator. The second man wore a button shirt made of a motley of colors, the predominant base being an off-yellow color, like a lemon gone bad. Even at a distance, Claire could make out a set of spectacles that reflected another the whites in a crackle of lightning that passed overhead. The third man was the tallest of the group, wearing dark blue with a brown rider’s hat resting on his head.

Claire described the trio to Parker and said, “I feel like these three are familiar. I wouldn’t want to meet any of them socially, and watching them walk now makes me want to grab my revolver again.

“That might be a good idea,” Parker said, “I recognize the descriptions from the wanted posters the police have been putting up.” Parker gestured with his hand towards the doorway leading out, “It sounds like the Misfit, Hiram Walker, and Booby Lee Ford…” Parker said quietly, his pale hand twitching, “All three of them are spree killers.”

Claire risked another peak around the corner into the parking lot. The three men rounded her car, leaning in to peer through the windows to find and clue about the status of the car and it’s owner. There was a new car to take, a sportier model than the hearse while being less conspicuous. The other concern that must have gone through the three men’s heads was the possibility of a surviving witness that may have seen them and was able to telephone the law. While the man in yellow and blue continued to look over the car, the thick man in red started towards the motel. Claire slipped back and pressed herself against the corner.

“They weren’t scampering for their car to get out of here if that’s what you are wondering,” Claire said.

“What were they doing then?” Parker asked.

“Two of them are looking into my car-” Claire began when a distant rattle of a door suggested that one of the rooms had been opened by some amount of force. It was a testament to how paper thin the walls were that, despite the storm, they could hear as door after door was force opened.

“I’ll make you a deal right now,” Parker siad, “We get out of this alive. I’ll give you the pictures at no charge.”

The next door was pounded on by several meaty slaps followed by the door being forced ajar. Claire said, “I’ve never fired this thing at a man before.”

“They won’t waste a second of firing at you if that’s what is holding you back,” Parker said, “Have you ever fired it before?”

“I might have squeezed the trigger once or twice,” Claire noted before holding her breath as the shadow of the figure passed by her. The heavy steps the figure took had been distant, present, but something removed from Claire’s. Now the dull plods thundered in her ears as she noted the passing silhouette that closed in on the door. Parker moved back several steps, taking cover behind the frame of the bathroom. He had drawn the weapon the same time as Claire, she felt the butt of the revolver shift in her loose grip at the first rattling blow against the door.

The second blow against the door carried through in swinging the door inward, shattering the frame that held at a tentative grasp. The wide figure of the man in red swallowed up the frame, almost as if he would have to sidestep in order to squeeze into the room. The man was thick, but not quite that comically huge, he moved a limp as he stepped into the apartment. Claire had readied her pistol as the man came in line with the frame. Parker stepped up first, firing twice into the stomach and upper torso of the body. The killer lumbered forward at a slow pace, as if he was fighting a river, the steps were laborious and the man lost his balance, half-turning so that his shoulders pressed against the battered door. His shirt was covered in blood as he faced Claire. The killer held his pistol in a sluggish grip, the barrel pointed downward. The recoil of Claire’s gun rattled her a step back as she fired. At the same time, the glass beside her shattered from a third gunshot from outside.

The two men outside had returned fire, the first crashing the window, while the second struck Parker in the shoulder. The round exited in a semi-clean line through his body, but the shock had jarred his semi-auto out of his hand. He jerked himself into the bathroom, blood pooling liberally in his shirt and dripping on the ground. Claire sprung from around the corner at the window, spotting the man in blue running towards the open doorway with her revolver out, firing in the approximate direction, but the shots remained wild. One bullet grazed the man’s side while the second struck home and tore into the stomach. The man stumbled and slipped on the wet cement. His head making contact with the sidewalk with a crunching thud. She had dipped back again, listening to two sets of noises: Parker moaning as he tried to situate his stricken body in the bathroom, and Hiram, the man in blue, groaning for a few moments before passing out from the pain.