Solo - Motel Room in a Storm 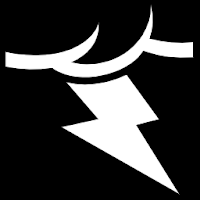 A Motel Room in a Storm

Aka The Cost of Salt

Filtered through the droplets of fat rain, the pale silver neon that spelled out the word motel were distorted through Claire's rearview mirror. The patter of the droplets on the hard top of her coupe was a comforting drone. She had driven for the last hour with the radio turned off. The local news predicted the rain and advertised the upcoming county fair, Claire felt confident that she wasn't missing much in listening to the drone. She had pulled into near center of the middle parking lot facing the bank of rooms that were spread over the first and second floors of the lot. Each room had an even number, the evens had the view of the lot, the highway, and the fenced in pasture where cows remained laying in the rain, heedless of the droplets running down their back. The odd side could look out over a stretch of green lawn that buffered the nearby lake. At the corner of the building on the right was a compact elevator with grey metal doors. The doors were closed, a single orange bulb that was tucked in the corner of the alcove illuminated the sliding doors. Claire had pulled in to meet a man staying on the first floor, Room #2 according to the note that had been passed to her. She had arrived with a bag of money and a revolver concealed in the pocket of a light tan rain coat she wore over her oyster grey tailor made. The lightning flashed, illuminating the parking lot.

Claire fixed a matching tan hat with a black band around. Her hair was shoulder length, blonde, and somewhat frizzy although only a few strands veiled her left eye from under the hat. The droplets of rain pelted her shoulders down to her waist as she strode from the parking lot towards the awning where the drone of the rain became a constant tapping on the metal roof. Glancing over the line of rooms, she noticed that each window was on the right side of the door. Some of them were covered with wooden planks nailed on the outside, one or two had actual curtains within the windows. The door she approached had a harsh white light beaming out, she suspected it was the television. The bag with the money hung off her shoulder. It had weight, but it wasn't killing her to carry the stacks of twenties that she had gotten together. Her right hand was in her coat pocket, her fingers around the gun as she lifted her hand and rapped several times with a sharp purpose on the door.

The man who answered the door was taunt frame, wearing an eggplant colored shirt with grey trousers. His coat was stripped from his body and his pants were held up by a set of suspenders. He wore no tie, and the top buttons of his shirt was undone. He backed away from the door. He was lit from behind by the glare of the television. His eyes were pale blue as he looked her over.

<Claire attempts to enter casually and not draw attention to her concealed hand which is holding the gun. Dex test (TN ≤ 14 w/ Advantage): 15, 17 - Failure>

"Take your hand out of your pocket," The man said, backing away. Claire glanced towards bed pressed against the corner of the room. The motel had stripped the concept to the barebones of a bed that probably needed slats, a television on a rickety table, a single end table at the foot of the bed, a clock on the wall, and a second door at the far end of the room. Each compartment at least had a private water closet. The man's coat and brief case were stretched across the bed. The end table had been moved towards the headboard with a semi-automatic pistol laying on top. Claire eased her hand out of her pocket and watched the man.

"How much is my husband paying you to spy on me, Parker?" Claire asked acidly.

"Enough to make the trip out here worth my time," Parker replied coolly, "Then I looked you up. I thought he was the breadwinner in the family, turns out he's the guy married the heiress and got that cushy job because he's now the bosses' son. That's why I left you the note."

"Maybe my husband already knows what I'm doing," Claire noted. Her mind flashed to three enchanting days in the west, far from the city, in the company of Therese. <Cha Test (17) - 17 ≤ 17 - Pass)

Parker knew that Claire's husband, Richard Wade, had already suspected his wife of having an affair. Wade had ordered Parker to find out if it was some member of the company that he worked for. Something that could ruin him socially if it came out. Wade had asked for pictures of his wife with her lover in order to try and minimize the damage, avoid anything coming out that could jeopardize Wade's standing in the eyes of polite society while remaining in the good graces of his father-in-law. The man Parker knew was getting greyer by the hour with worry.

"Maybe he already knows, and maybe he's accepted it, but the pictures I have and some of the recordings I've taken would suit the gossip rags back east. You still interested in being a socialite when you get home to your husband and daughter?" Parker asked.

Claire's cheeks flushed, "I've brought your money in the case, but I want to see what I'm buying first."

Parker turned and reached for the pistol on the end table.

"Don't go for it," Claire said before cocking the pistol, "Just show me the evidence, no fast movements, I want to see your hands the entire time."

Parker grunted, flashing a pointed look in her direction over his shoulder, "I have to open my briefcase to show you the evidence."

"Just go about it slowly," Claire said, she brought up her left hand to support her right hand which held the cocked revolver.

Parker moved slow in working the latches. He used his thumbs to roll the brass dials on either side of the case. The numbers he rolled for either side: 6-6-6. As his thumbs rolled the last digit simultaneous, the two latches from their resting position with dry metallic clocks. He swallowed as he opened the top of the case. When he turned towards Claire, he backed away towards the center of the room. His arms still raised to shoulder level.

"Take out one of the pictures and show it to me," Claire's eyes remained on Parker as she spoke. She had read enough dime store pulp novels to know the moment she turned from Parker that he would spring on her. The bag had begun to weigh heavy on her arm, she could feel the strap press her raincoat into her skin. She had to loosen her left grip on the pistol to let the bag fall to the floor at her feet. The barrel remained trained on Parker as he leaned in and grabbed a single black-and-white photograph, holding it up in what dim light that lingered in the room. Her eyes turned towards the picture when a set of headlights flashed from outside the narrow windows looking out. The flash was followed by a car pulling into the parking lot, it's arrival caused thunder to shake the earth and a bright white flash of lightning to strike out in multiple tongues towards the earth. The clouds moaned in despair at the arrival of the second car.

"Friends of yours?" Claire asked.

"I was about to ask you the same thing," Parker grimly replied.